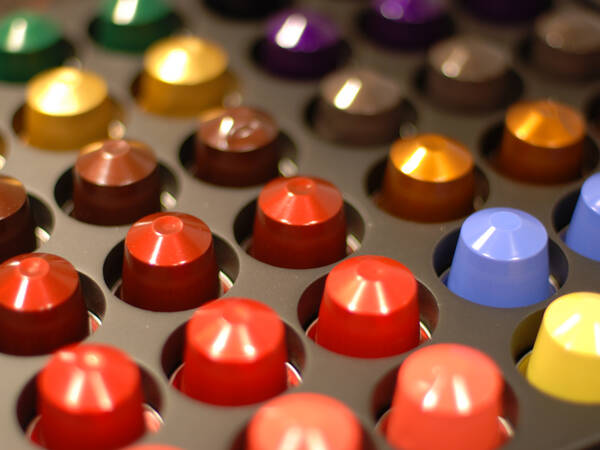 Are pharmacists going to produce customised medicines with a ‘Nespresso machine’?

“Pharmacists must make their own therapeutic proteins for individual patients. That is the only way that personalised medicine can be made affordable”. This is a statement made by Utrecht professor Huub Schellekens. ‘We’re going to do the same for medicines as Uber did for taxis,’ says Schellekens.

Solution
What is this all about? This preparation of medicines by pharmacies (called ‘compounding’) that Schellekens is advocating could be our way of getting around the current legislation on medicine and the pharmaceutical industry’s monopoly. In principle, it is permitted to create medicines for one patient at a time without maintaining stocks. Even if the medicine has been patented.

But why are pharmacists not doing that yet? Because the manufacture of medicines for individual patients is much more expensive and laborious than purchasing medicines from the pharmaceutical industry. And how many pharmacists nowadays have the knowledge and equipment in house to make their own medicines?

Coordinating medicines with genes
It is not surprising that Schellekens is looking to pharmacists for the production of medicines. There is a growing realisation in the medical world that medication works more effectively when it is geared to the patient’s genes. This means that the target group for a particular medicine is smaller, and this is less attractive for the pharmaceutical industry.

Machine as big as a refrigerator
In the Dutch NRC newspaper, Schellekens wrote about a ‘bio-Nespresso machine’. Such a machine would be roughly as big as a refrigerator. In the pharmacy, this machine could be used to manufacture proteins with minimum synthetic knowledge. According to Schellekens, a Belgian producer is already working with the Delft Technical University on a ‘Nespresso machine for making medicines’.

Possibilities for single-use?
I’m wondering whether that Belgian producer and the Delft Technical University are also thinking of using single-use technology in their ‘bio-Nespresso machine’. When pharmacists use single-use components, they can switch processes much more easily. Which is ideal for the production of customised medicines. With a traditional setup made of steel and glass, for example, you need to carefully clean everything between the various production processes. Then the setup must be sterilised, reset and recalibrated. I think that this would cost the pharmacist too much time and no production would be possible while these tasks are being carried out. When using single-use, you just need to replace the single-use part of the configuration and then you can continue!

Safety
Schellekens has also thought about the safety aspects. According to him, the risks associated with medicine production by the pharmacist are no greater than the risks in the pharmaceutical industry. Moreover, the pharmacist knows his patients well. Schellekens will therefore also appreciate the fact that the use of single-use components minimises the chance of cross-contamination. And by using completely closed moulded systems, the risks are almost non-existent. In these systems, the components are seamlessly connected to each other, so there is no chance of leakage or contamination of the product.

Pilot
In Nature Biotechnology, Schellekens reveals that a pilot project is taking place at the University of Utrecht with proteins prepared in hospital pharmacies. There are even a number of health insurers who support the plan. Now I’m really burning with curiosity. Because although I still have many questions about a bio-Nespresso machine for the production of customised medicines by pharmacists, I’m convinced that single-use technology can play a positive role in this development.

If you found this interesting, read my other blog articles here.